Located in Montecito, CA, a few miles east of Santa Barbara, the Music Academy of the West is housed on a sprawling 10-acre garden estate; originally constructed in 1908.

The Music Academy of the West is one of the most prestigious classical music schools in the country, advancing the development of the next generation of great classically trained musicians through an intensive eight-week summer festival.

Each summer, more than 100 aspiring professional musicians in their late teens and early 20s, many of them current students or recent graduates of the world’s most elite music schools, attend the academy as fully funded fellows for an eight-week intensive training program. They spend busy days practicing, studying with esteemed faculty, and performing in operas, string quartets and masterclasses.

The Academy is set in an idyllic environment, on the grounds of a historic estate on the Montecito California coastline.

In the late 1990’s as they celebrated their 50th anniversary The Academy began to envision a masterplan that would take their campus into the next 50 years and beyond.

19six Architects was hired in 1996 to help The Academy envision a renovation of the historic estate into a world-class music conservancy, including; campus-wide programming, developing a phased Master Plan, and leading an extensive CUP Planning Department Approval process. The campus is 9 acres, including 11 buildings, and numerous interconnected outdoor spaces and gardens. The Planning Department Approvals process involved an Environmental Impact Review (EIR), Traffic and Attendance studies, Photo simulations for neighborhood context, Coastal review, and Montecito Board of Architectural Review.

After eight years of careful design and a rigorous County Planning Department approval process, 19six Architects assisted The Academy in gaining approval for a campus-wide master plan, including;

Once The Academy’s masterplan was approved, 19six Architects provided full services from programming and design through construction administration for each phase of the project over the course of a 14-year long renaissance campaign, which was implemented in the following phases:

Hahn Hall is an intimate 350 seat recital hall designed for chamber music performance, the showcase performance space at The Music Academy of the West, one of the most prestigious summer choral and musical programs for performance in the country. The Hall is also used for orchestra rehearsal and cinematic presentation, primarily to host New York Metropolitan Opera’s Live in HD series.

In addition to Phase 1 of the Master Plan, at this same time, The Academy completed several deferred maintenance projects, including; The Rack and Treasure House, historic renovations of former residences on the historic estate, now used as retail to support campus operations, and The Lehrer Studios building which underwent an extensive remodel, to upgrade 15 existing small and medium-sized practice studios in terms of acoustics, lighting, adding air conditioning, and an exterior remodel to bring the building up to the high level of aesthetics of the campus.

To commemorate the donors who graciously contributed to this initial phase 19six Architects also assisted The Academy to design and build a donor recognition fountain.

The Luria Education Center houses The Academy’s Weinman Hall Master Classroom with modular stage and seating that can be configured to meet the needs of various types of performances.  The building also accommodates large practice and ensemble rooms, a music library, and a student lounge.  The building’s design has continuity with the Main House’s traditional Spanish Revival details.

Phase 2A also included the Ridley-Tree courtyard, adding to the many outdoor gathering spaces designed to connect the buildings, and continue the thread of a gardenlike setting, with areas for impromptu alfresco practice and student interaction throughout the campus.

The Main House building contains The Academy’s administration offices, as well as board meeting rooms, and performance spaces. The historic building was originally constructed as a country club in the late 1890’s, and was remodeled in 1909 by notable Santa Barbara Architect Reginald Johnson as a private estate. The current restoration included a significant seismic upgrade, and restoring existing grand historic spaces including preservation of details like the original doors, windows, hardware, light fixtures, and finishes. The project carefully integrates modern mechanical, electrical, and plumbing systems, as well as accessibility upgrades, while preserving the period revival character, creating a modern office environment within this historic context.

The Main House also contains music educational spaces, such as a restoration of Lehmann Hall a 190 seat master class performance space, including new seating and stage, as well as the addition of small practice studios to the at grade lower level.

The surrounding site work and courtyards fully connect the campus, and a separate circulation system was provided for an efficient and discrete loading dock and service area.

The completed Master Plan brings The Academy’s campus into the 21st century, with a highly connected and sustainable infrastructure, while maintaining the beauty of the historic estate. The new and restored buildings and grounds provide students an idyllic environment that is supportive, creative, nurturing, and inspirational, as well as it cultivates discerning, appreciative and adventurous audiences.

STATE CENTER COMMUNITY COLLEGE DISTRICT The community of West Fresno is an underserved...

SAN LUIS OBISPO COUNTY COMMUNITY COLLEGE DISTRICT Upon the passage of the $275... 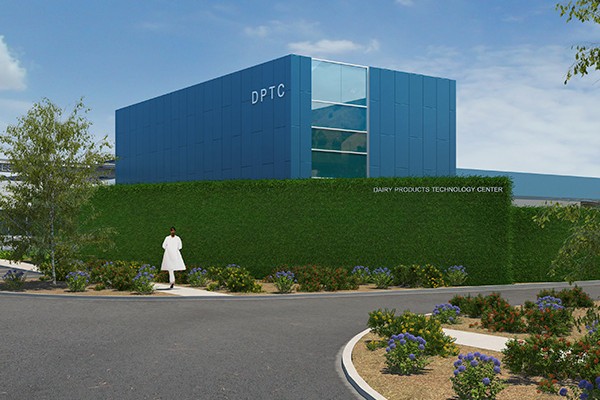 LOS ANGELES COMMUNITY COLLEGE DISTRICT In order to reconfirm a commitment to their...