The Riverside City College is located within the City of Riverside, which is known for its Spanish Architectural Style and for their noble efforts in preserving their legacy as the “City of Arts & Innovation.” In alignment with the City, Riverside City College has adopted the policy of preserving the campus’ original identity and architectural fabric that was established in 1916. The two-story Physical & Life Science Buildings were constructed in mid-60’s and were designed to house laboratories, classrooms, and faculty office spaces. The four-story service tower that sits between the two buildings was constructed in 1967 and was designed to house central stairs, restrooms, mechanical room, and an analog clock. Although this building was built several decades after the campus was established, the same preservation approach was followed.  The design goal was to modernize the existing structure, provide state-of-the-art technological classrooms/programs, while maintaining the historical identity on the campus.

The new design proposes a seismic retrofit and renovation of all interior spaces, providing 34,055 assignable square feet of instructional and support services. As part of the proposed design, an addition between the two buildings at the tower on the upper level is added, providing new lobby, student lounge, and gathering space, as well as a new “Front Door” for the building that complements the existing architecture while bringing more natural light and openness into the public areas. Collaborative spaces throughout the building encourage student-teacher interaction as well as peer to peer collaboration for successful outcomes for students.

19six conducted a feasibility study to evaluate the windows of the John A Davitt...

The new aquatics center re-opened in June of 2019 on the Cuesta College, San...

New Construction  Serving as the junction between the entry to the campus and the... 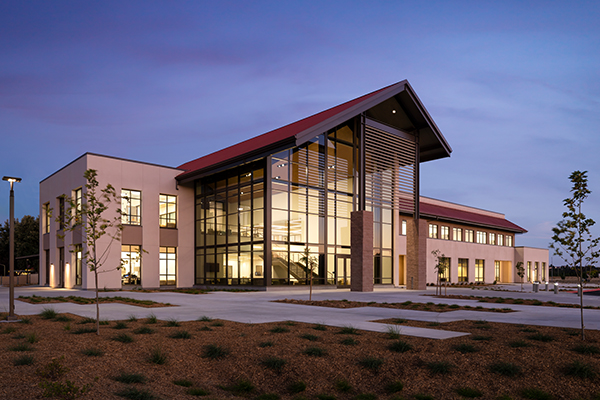